Making a really good stock is one of those simple sort of skills that a lot of people don’t seem to know to do. It’s an essential way to get the most out of an animal that’s been killed to feed you and yours, and although I’m a piss poor hunter and at best a middling trapper and angler, I stick fairly meticulously to my ethics around how animals are treated, dispatched, and their bodies used.

On top of that, making stock from bones allows us to get a bunch of nutrients we Westerners tend to lack, such as the nutrients in organ meats so many of us don’t eat, glucosamine and collagen from tendons and cartilage, etc.

-put bones, cartilage, organ meats, and/or vegetable scraps in a big pot or electric Crock-Pot. I like to save “onion butts” and some of the skins from onions I use in cooking. They add great flavor and GREAT color. 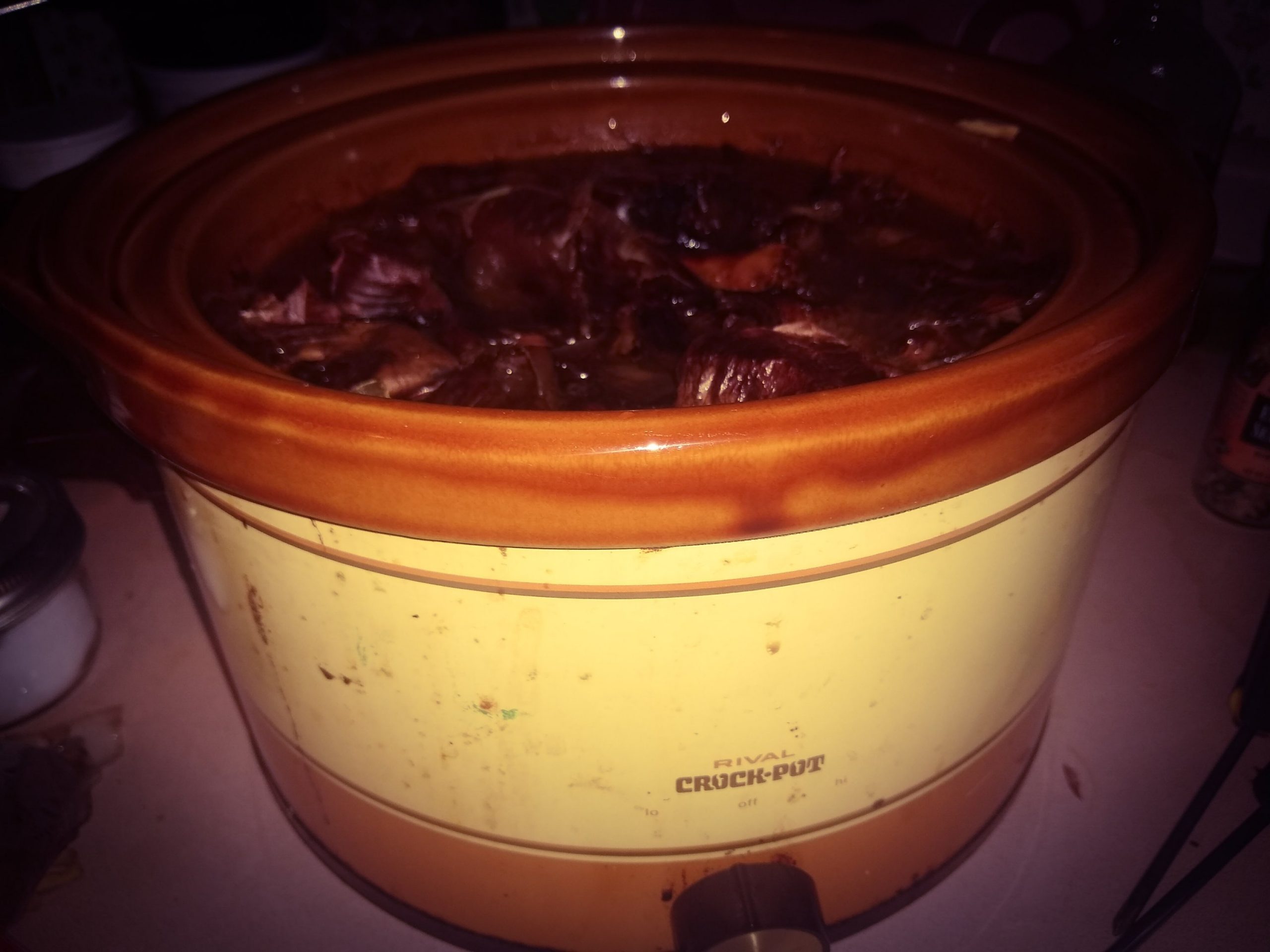 -put in enough water to at least cover the food scraps

-if it’s on the stove, bring to boil then leave on low for a long ass time. If it’s in a slow cooker, just leave it until it’s done. I prefer my stock to go in the Crock-Pot for about two days.

-sometimes a foamy “scum” forms on top; skim it off

-some people will skim out the fat, and usually that’s dumb, but some bones and other parts will make too much fat for certain dishes. Depends on preference and usage. When I’ve made stock with deer bones I often skim off the little bit of fat if it’s from an older deer. 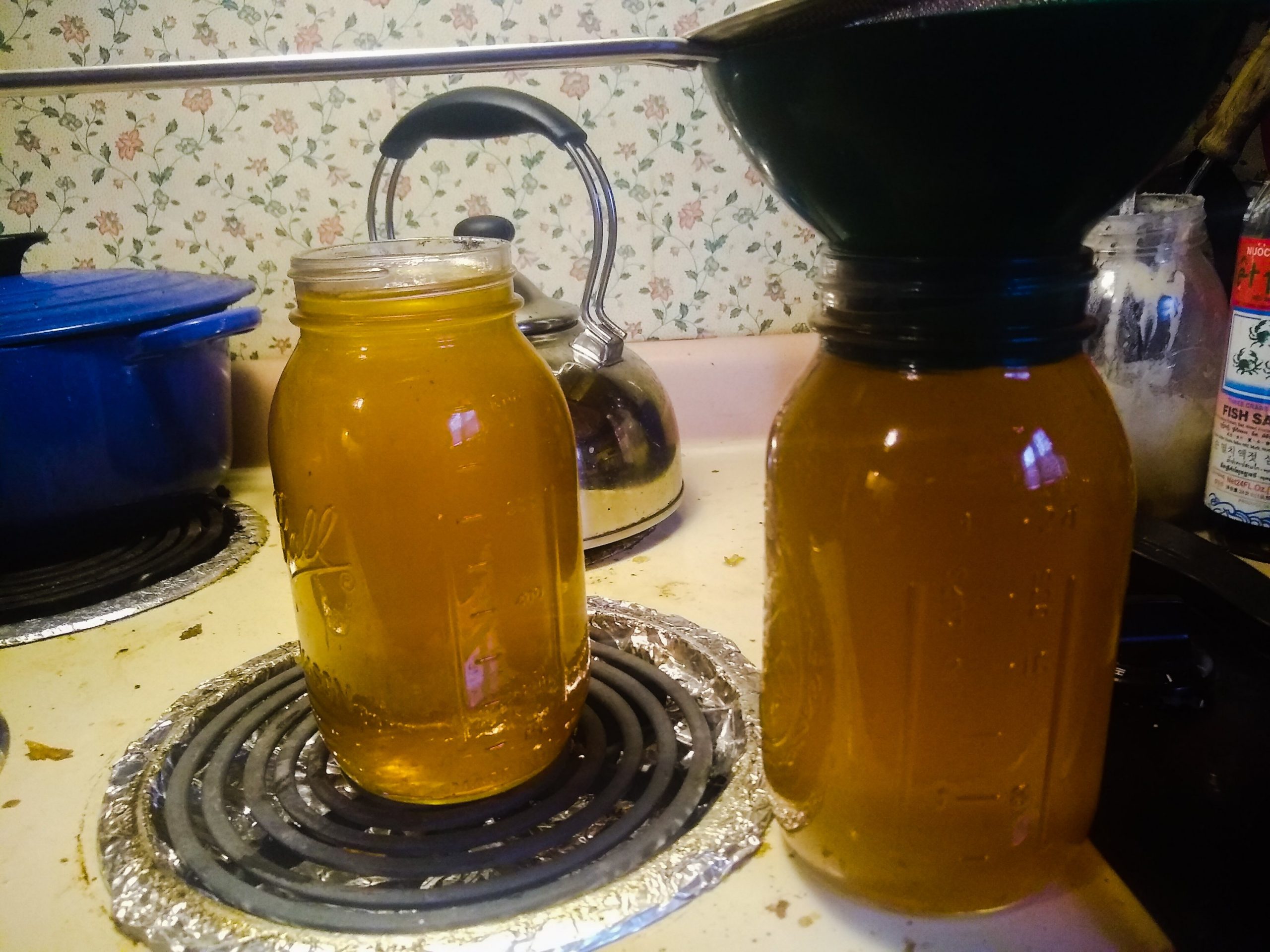 If you did everything correctly (I know you did) you should have some nice, golden stock. I strain mine through a mesh strainer, mostly to save time picking out stuff. If you didn’t have the onion butts in there, it’ll be a lighter color. If you’ve had it going for as long as I do, it’ll also likely get kind of gelatinous when it’s cool.

If you like what I’m doing here and want to make sure I can keep doing it, please consider supporting these projects financially. It sucks, but until capitalism isn’t a thing there are bills to pay.

Support the cause at: